The Gods, Memory And Me 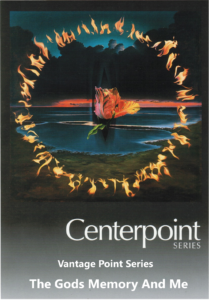 The first four sessions revisit Greek Gods and Goddesses, asking who they were, what they meant to the ancients and how they have evolved as parts of our culture, psychology, philosophies and religions. In this frame of reference, the Goddess of Memory appears and her vital import becomes known to us.

This course introduces the gods and goddesses that dominate Western civilization’s mythological heritage in a way that awakens their archetypal presence in our lives. The universal forces they represent are as current today as in 800 B.C. when Hesoid first captured centuries of oral traditions in Theogeny

The “gods” expressed the attempts of ancient cultures to describe their experience of forces beyond the sphere of human understanding, beyond the realm and control of the ego. They had discovered a way not only to identify archetypal patterns but place themselves in relationship to them. Following their lead, this course creates a warm familiarity with several well-known gods and goddesses. The myths become a springboard for our subjective connections, a discovery of what resonates and echoes in us.

The first session traces the evolution of Chaos from Hesoid’s description as a “gaping void” into personification as a god. The supernatural lineage continues from Chaos to the Titans to the Olympians. Successive sessions examine the origins, personalities, alliances, dalliances and deceits of Zeus andHera, Apollo, Artemis and Demeter, and finally Ares, Aphrodite, Hermes, Athena and Hephaestus. Their capacity to contain the opposites—to be both beneficial and destructive, good and evil—is recognized and valued. Their interrelationships and counterbalancing roles are explored. This provides the backdrop for a fascinating look at one of the twelve Titans, the Goddess Mnemosyne or “Memory.”

Three sessions explore in depth the expansive reach of memory, including its premier role in recognition, its capacity for personal and collective history; its relationship to forgetfulness, and its power to bridge waking and dreaming states. These chapters examine Cicero’s early system of mnemonics or “memory hooks”; Rupert Sheldrake’s theory of morphic resonance; and Jung’s diagram of the layers of the unconscious. While the course enriches our knowledge with solid content, it continually invites a relationship with the gods and goddess through poetry, images and excellent reflection and discussion questions.

About the Author: In the late 1950s, Chandler Brown worked with William Kennedy, the first president of the C. G. Jung Foundation for Analytical Psychology based in New York City. In 1960, she became Associate Director of the Educational Center and pioneered in communicating Jung’s insights in ways that welcomed and engaged people from all walks of life. She continued this mission as Director of Centerpoint from 1977 to 1994.

Price: $21.00
The Gods, Memory And Me CDs
For those who wish to listen to the course content and follow along with the workbook, this 3 CD set can be added for $30. Author: Chandler Brown Narrator: Stephen Robin Sessions: 7
Price: $30.00
INSTANT DOWNLOAD
The Gods Memory and Me MP3 Digital Download